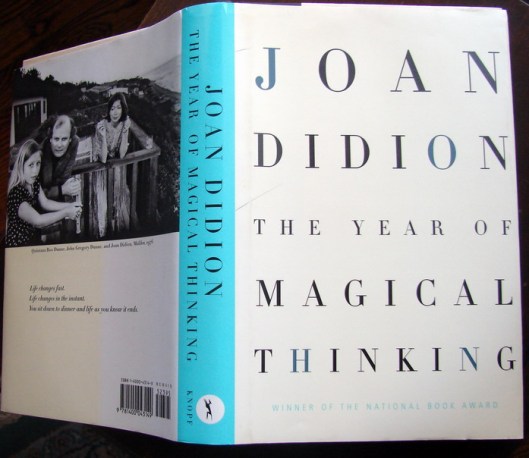 Last night in class, I was asked the question that always makes me squeamish: “Are you a writer?“

When I get this, I hedge with words like ‘wannabe’ or ‘trying to be’ or ‘someday, I hope’.  But before I could grow my hedge, my questioner — a perceptive and articulate soon-to-be-spiritual director — went on to explain her reason for asking; members of the church she pastors suggested she begin writing the stories she tells so well.  But it was what came next, said with a nervous chuckle — maybe not these exact words, but something akin to them — that caught my attention:  “Who am I to think that I can write?”

Well, okay then.  My friend and I share common ground, since members of the Texas church I use to attend did the same thing to me.  And once it started, it didn’t stop.  It wasn’t the same people as much as it was a similar message  that I heard over and over, like a baton handed from one runner to the next.  And then, that same haunting question I once volleyed back — “Who am I…?”

I told her how writing came to be part of who I am.  I told her it began with a work stint in St. Charles, Illinois, when I was twenty-something  and young in my tax consulting career, that I wrote training curriculum for the now defunct international accounting firm, Arthur Andersen & Co.  And after this, I wrote position papers to help defend  cross-border tax strategies for a publicly traded multi-national company that employed me.  And that now, many years later, I write for the pure magic and fun of it  — sometimes a gardening article, or a prayer meditation for a class I lead   — but most of all, I told her about writing my life in this year-old blog.

People began filing into class, so we never finished our conversation.  But had there been time, I wish I had told my friend this:

“If you ask about writing, try to answer through writing.  Just write. Just write to an answer; don’t waste precious time (like I did) thinking about writing or wondering if you should.  Begin a blog.  Or record your life in a paper journal.  Or maybe both — because paper journals are less confining than words that draw public breath.”

This, for starters, is what I wish I had said.

And then for the main course, I would promise to send her a copy of Marilynne Robinson’s five rules on writing, because they inspire with their truth.  And then I would invite her to ponder Ranier Maria Rilke’s Letters to a Young Poet.  And perhaps I would share other  ‘how-to-write’ books, like Annie Dillard’s “The Writing Life.”

Then, if willing to be bold (or foolish), this layperson might put tongue-in-cheek or foot-in-mouth and ask her pastor friend if there wasn’t some old fart in the Bible that hadn’t dared to ask the same question of God, in the opening chapters of Exodus — which, when I think on it, is rather ironic, given that our next move, upon asking this question, is often to turn around and run.

“Who am I…?” —  Moses dared to ask God at the burning bush.  You may recall where that question led Moses —  stuck in the desert with a huge mass of whining distant relatives for forty biblical years without ever stepping foot in the promised land.  And then like a Baptist preacher, I would say…, “Friend, I beg you — don’t miss out on the promised land.  Just write.“

And then for dessert, if she were still listening, I would offer my friend evidence of a great writer, — a really, really great writer  —  who at times, asked the same Moses identity question of herself.  In black and white, I hold her admission of doubt in my lap; it’s tucked in her memoir on grief, written soon after the death of her author-husband  John Gregory Dunne.  In her own words,

“I remember one last present from John.  It was my birthday, December 5, 2003.  Snow had begun falling in New York around ten that morning and by evening seven inches had accumulated, with another six due.  I remember snow avalanching off the slate roof at St. James’ church across the street.  A plan to meet Quintana and Gerry at a restaurant was canceled.  Before dinner John sat by the fire in the living room and read to me out loud.  The book from which he read was a novel of my own, A Book of Common Prayer, which he happened to have in the living room because he was rereading it to see how something worked technically.  … The sequence is complicated (this was in fact the sequence John had meant to reread to see how it worked technically), broken by other action and requiring the reader to pick up the undertext in what Leonard Douglas and Grace Strasser-Mendana say to each other.  “Goddamn,” John said to me when he closed the book.  “Don’t ever tell me again you can’t write.  That’s my birthday present to you.”

If Joan Didion experienced doubts about her call to write, then surely all writers do so at one time or another.   And like Joan, even when our writing is nothing like Joan’s, we answer the question the only way we can.  Just write.

But maybe I wouldn’t have said any of these things to my friend.  Who am I, after all?  I’ve no wise words like the MAGI nor can I issue the  commands of a KING.  I’m just a writer who is braver in writing then I am in person.

But there’s no harm in writing her to come check out WordPress.com, is there?   Nor, I think, is there a problem with inviting her to put on her magic thinking cap and just…