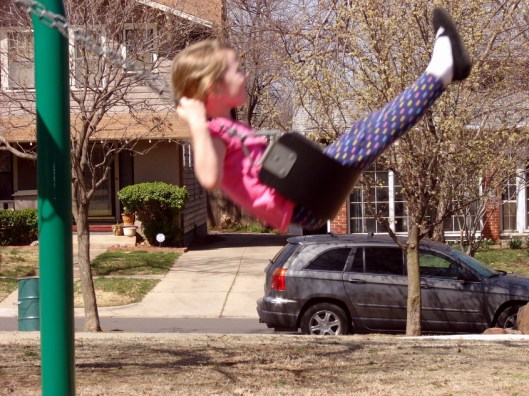 My youngest granddaughter needed a place to hang her hat today.

Karson fell ill Sunday evening;  it’s nothing infectious, but Karson didn’t feel up to attending school.   Or so I understood, from my oldest daughter’s phone call yesterday.  In fact, I’m pretty sure I heard Kate say Karson would likely sleep or lay around all day, same as yesterday.

To Karson’s mother, I say, “Liar, liar pants on fire.” (Forgive me — but since I just spent the last twenty-four hours with a rambunctious kindergartner, certain playground sayings are, for now, uppermost in my mind and at the tip of my fingers.)

Though not exactly in peak form, Karson and I did all the things we normally do when we spend time together.  We watched a little television.  Karson painted with watercolors while I painted with words.  We shared a couple of meals amidst fine table conversation with the television shut off.   And best of all, we walked down to our neighborhood park. 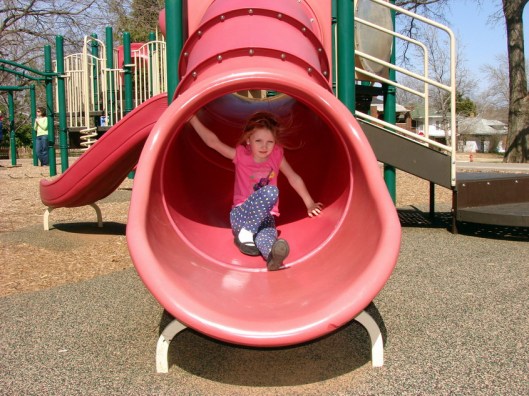 It was a great day to go, with temperatures hovering in the mid-seventies and blue skies overhead.  Karson and I arrived  —  with a handsome gray tomcat in tow that we picked up along the way — to a dozen children enjoying the sunshine and playing on playground equipment.  Children were being pushed in swings by parents and caught at the end of slides, the way I once pushed and caught Karson, when she was toddling around. 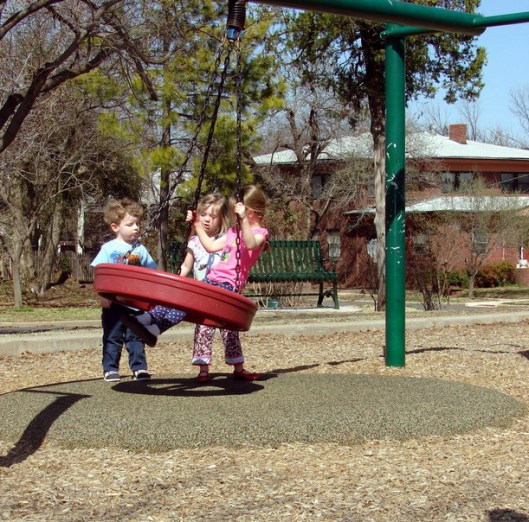 Karson no longer needs me to catch or push her.  In fact, she’s growing up fast.  Over lunch today, I learned that six-year-old Karson has had a boyfriend for well over a year.  I forgot his name, but I imagine he’ll be replaced sooner or later.

But today, with no boyfriend in site (not counting our Tom), Karson played independently or formed playground partnerships with other children — a variation of you scratch my back and I’ll scratch yours — which obligated Karson to push one girl on the inter-tube swing in exchange for that girl pushing Karson on the swing. 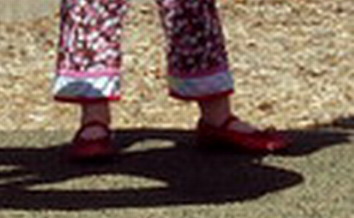 That little girl wore a pair of  Dorothy’s ruby red slippers —  just like the ones I bought Karson a year ago.  Evidently, as deep once called to deep in biblical times, today on the playground, it was like finding like.

I confess to losing my Nana mojo, as I forgot to bring any liquid refreshment to the park for thirsty hard-playing girls.  So after hitting all the rides, we left for home, dropping Tom off along the way.  Unlike some, this guy believed in leaving the party with the girls he came with.   His mother evidently raised him right. 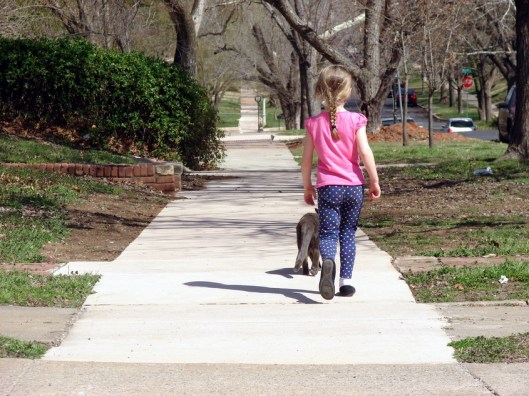 I suppose I should feel flattered by Karson’s attempts to stay another day.  But instead of feeling flattered, I feel flattened by that 39 pound steam-roller of a granddaughter.  I praise God she was not running full steam ahead.

4 thoughts on “To Grandma’s House”