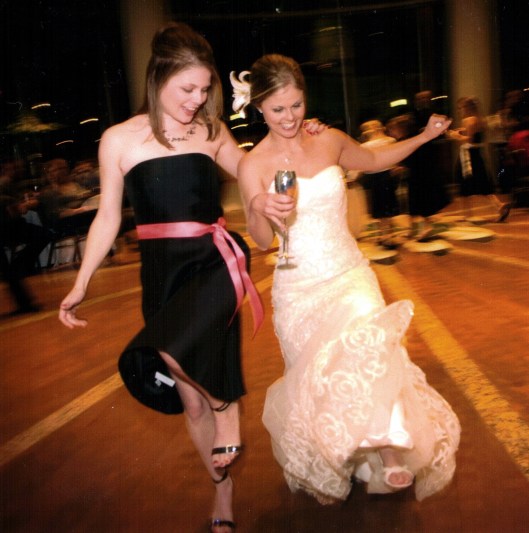 Two years ago, on just five hours of sleep, I wrote a few morning-after thoughts of Kara’s wedding day.  I began where I was…

Rather than let myself sleep or think ahead of pleasures to come, I took time to save a few freshly minted memories in my journal.  Good thing too.  But for their hanging on to the life-preserver that my words have become, I surely would have forgotten most of these fleeting moments.  It all happened so fast.

I watch when they think no one is looking.  I see them catch each others eyes and smile.  I like how they give each other space to breathe and to be themselves — Kara doesn’t mind when Joe goes off to the pub to watch college basketball games with his buddies until O-Dark-Hundred; nor does Joe mind when Kara spends her Saturday night visiting her aunts in Shawnee.

The freedom they grant one another in everyday life began the night of their marriage when Kate stole the first dance with the bride.  Ever gracious, Joe knew this dance was nothing more than a bit of spontaneous sisterly frolic.

It was an odd first song to inaugurate a marriage.  But even now, as I recall how the girls kicked up their heels to, “Thank God I’m A Country Boy”, I see how perfect it was to begin the party with John Denver.  Dancing to this old familiar tune forever binds the girls, both as sisters and to the special memories made with their father, when the three would sing this bit of rockabilly while driving down the road in their father’s pickup.

In her “Best Gal” toast to the newly married couple, Kate shared how the refrain that begins with these words…

…had to be rewritten to save Kara from a childhood meltdown.   Kara, then just four years old, was tired of Kate always being on the griddle when the sun came up.  She told her Daddy she thought it was her turn to be on the griddle.

No one realized Kara had been singing “Kate” when her sister and dad were singing  “cakes.”   But the best part of the entire story?  Rather than laughing at Kara’s expense, their comedic father never missed a beat in his wholehearted support of Kara.  So happily ever after, the three alternated the song’s refrain so Kara got her time on the griddle.

The Denver tune was also perfect since most everyone knew Joe had indeed “got” himself a fine wife.   And when it was time for Kate to jump off the griddle, Joe took over as Kara’s dance partner for the “official” first dance.  And after Joe’s dance came my husband’s turn.  Then Kara’s dad.  And then maybe Joe again, but I’m not really sure.

The vision of Kara dancing is one memory that lives without need of the words I recorded two years ago.  Perhaps it was the contagious joy she exuded or maybe because she rarely left the dance floor that night.  Kara danced with anyone who floated near her orbit: Young or old, male or female, it didn’t matter, though I recall Kara  dancing by herself some too.  Kara’s dance card was as full as her heart was with love.

Of course, the last dance went to a beaming Joe. 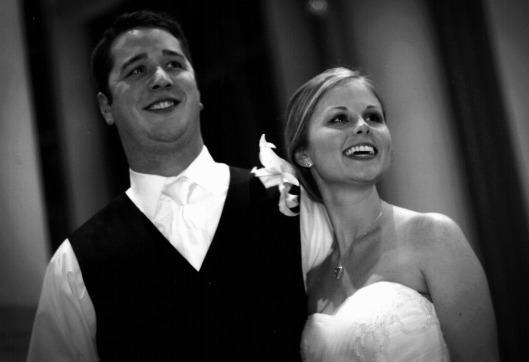