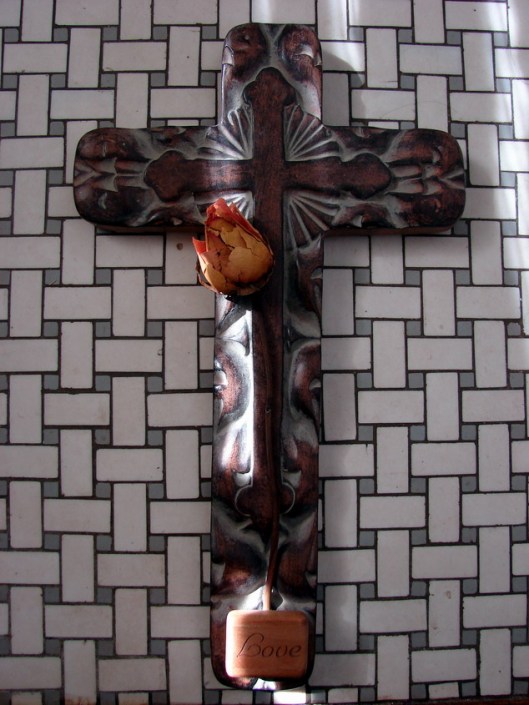 Ring around the rosie,
A pocket full of posies.
Ashes, ashes
We all fall down.
– Old Nursery Rhyme

It was no mystery, yesterday, as to why I couldn’t write.

I had allowed a situation to eat away at me and had nothing left to give.  What began in a blinding moment led in the end to self-betrayal, when I forgot who I was and what I stood for.

I can offer excuses.  I was tired.  With three hours sleep and two hours of tossing and turning, I gave up hope and got out of bed at four o’clock.   And then, tired as I was, I allowed emotion and my being on the right side of the law to cloud my thinking when I made an important telephone call five hours later. None of these rationalizations console me.

So rather than think or stew about the dreadful situation, as tired as I was, I began to clean my house.  The house was due for a spa day and it got what it deserved, —  sweeping, dusting, mopping — that down-on-my-knees deep cleaning that even took me to the scary basement before I circled the house over and over, like an old-fashioned ring around the rosie…. until all I could do was fall down.

Too tired to clean anymore, I collapsed in my favorite chair and cleaned up the backlog of recorded gardening programs on my DVR.  And after that, rather than going to Ash Wednesday services to receive a cross of ashes on my forehead, I watched more television with ashes in my mouth, for words I wished I had not spoken in that early morning telephone call.  With no words to write, I went to bed; and amazing as it now seems, I slept like a young school girl free of trouble and cares.

This morning, I woke up refreshed, ready to face what I could not bear yesterday.  And alone with my thoughts, a cup of coffee and an empty page in my journal, I began to unravel tension into the most marvelous insight:  It was not too late to set the situation right.

It was not too late to stop hiding behind a law that was there to protect me.   This wrong —  that I lost sleep over yesterday, that had so clouded my thinking, which could not be shed in so many acts of housecleaning, this wrong that the legal statutes say is not mine to set right — could still be made right as long as I allowed love to have its way.  And so it happened that I bowed to love.

Something happened shortly after I made the call.  I’ll call that something love — a warmth of love that flooded my insides from head to toe.  I wish I could describe more clearly what exactly I mean by this, but I can’t.  I can only say that I felt washed by grace, that the burden I had wrestled with yesterday was lifted and that these words are pouring out faster than I can now write.

Afterwards, I sat still.  I sat with the phone receiver still beside me, and my favorite biblical passage on love — the one that resides in those first twenty-five verses of the seventeenth chapter of St. John’s Gospel — open on my lap.

I am left with this sense that there are some things we do in life for no good reason but love.  These actions make no common sense.  Nor do they make good business sense.  Love alone can trump all our senses.

And giving in to love, I feel more like my old self.   Or maybe it would be truer to say I feel better than my old self.  For surely something Holy was leading me toward that better way of love, just as surely as something was teaching me that the better way to mark Ash Wednesday was with ashes on my forehead rather than ashes on my tongue.

I prefer those Ash Wednesday words I wrote in the sand a year ago.