It took three shakes to get my attention.

I slept like a baby through the first — the earthquake that with rapidly increasing knowledge and expertise we call a fore-shock.  It took place about two a.m Friday night — or the wee hours of Saturday morning, however you prefer to think about it.

The second — the BIG ONE —  came Saturday night around eleven p.m.  No need to lie.  That shake rattled me.  Along with attic rafters and joists, all the way to the foundation of our just about refurbished fifties Ranch.

But thank God some things remain the same; my steady-as-a-rock better-half wouldn’t have breathed a word had I, in my confused state, not asked, 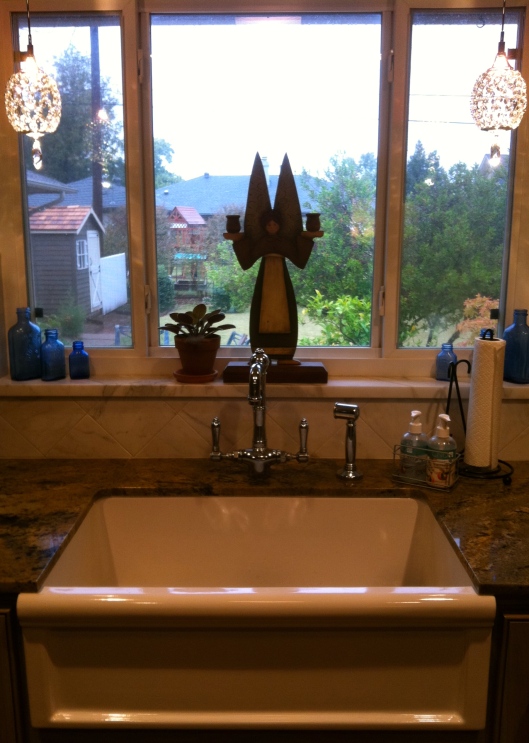 Just that.  As if such were an everyday occurrence in Oklahoma.  Before he rolled over to go to sleep.  To leave me alone with my thoughts, trying like heck to process his answer.

Earthquakes don’t happen in Oklahoma.  Certainly not everyday.  Well, maybe a long, long time ago, who knows.   And the last three out of four nights — the last three out of three ‘every-days”, if we don’t count Sunday.  And why not ignore Sunday since it’s evident that earthquake epicenters believe in setting aside Sunday as a holy non-roller sort of day, the way most believed — a very long time ago, when my fifties Ranch was brand spanking new — in my slice of the world.

Like most places in the  U.S.A., Sunday is business as usual.  Except at Chick-fil-A restaurants.   And liquor stores.  (Because we are located in the Bible Belt, after all.)  And now to complete a holy trinity — the earthquake business — which must need its Sabbath rest.  So it can start fresh on Monday.  I suppose.

In spite of several nearby states feeling the effect of the Big One, I forgot it by Sunday morning.  I went out to my garden as I do everyday when it’s not raining.  I forgot about it until I read a blog comment Sunday night.  Then after responding, I forgot it again —   as I sat out of the garden all day Monday waiting for the boo-koos of rain promised by weather forecasters — which for the most part passed us by.

I forgot it until last night’s third shake — what I’m now calling an after-shake — in hopes that this coda completes the rock ‘n roll trinity.

My husband was not here last night to tell me that the weird rattle and earth movement I felt sometime before nine p.m. was an earthquake.  He was out-of-town — tending business, as he has for much of the last month.  But just to let him know I was on top my earthquake game, I fired off an email to him all atwitter, which I labeled “Another Earthquake,” shouting the following text:

If Number Four comes — what I will, without affection call the After-After-Shock — I may have to grab my Bible like cousin Deb use to when a twister was coming.  Tell myself it’s only another quake.  Then wonder about the Second Coming.  As I turn to Mark 13  — oh gosh, did it have to be thirteen? — and give it my full attention.

4 thoughts on “Shake, Rattle & Roll Over”