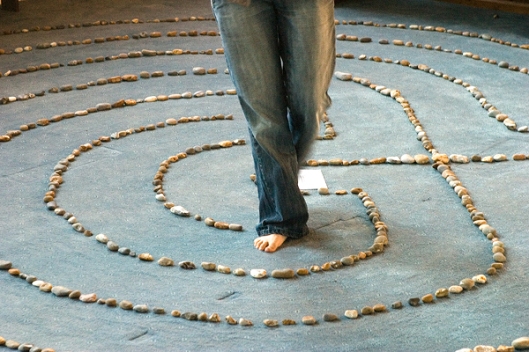 I confess to not sitting in front of the television for the latest news in Haiti.

If ostriches bury their heads in sand, count me as their close feathered friend.  I do not wish to watch the Haitian people pick up the scattered and broken pieces of their lives on my television set for the same reasons that I refuse to rubber-neck at the scene of a car wreck.

I risk that others might find me hard and uncaring, but I keep my eyes averted out of respect and compassion for the victims of the tragedy, and those close at hand who are doing their level best to lend a helping hand.  Refusing to rubber-neck at television coverage is my way of  granting the Haitian people privacy and space to grieve, to grapple, to gripe and grope toward solutions that are barreling upon them at warp speed.

I’ve been getting my occasional updates off the radio.  I was sitting in the Subway Sandwich parking lot when I first heard the story on NPR, last Tuesday evening.  The island of Haiti had suffered a major earthquake, the news anchor said.  Seven point O on the Richter scale.

The story did not  grow into front page headlines on Wednesday, at least in my small dot of the world.  I wondered if there were no ‘hard’ news to report.   But by Wednesday afternoon — or was it Thursday? — I heard tell of 50,000 dead.  Later it grew to 100,000.  But those interviewed hedged their bets by saying that no one really knew.

So far, the few dots I can connect are these:  Tuesday afternoon late.  7.0.  Death and destruction.   Aid promised and descending, and in the short-term, disconnected.  Shock all around.  Years to recover.  For the “lucky” ones.

Why is it that we talk of what we do not know, especially when tragedy hits?  Is it a way of making the unreal real or thinking about the unthinkable, a way of expressing grief, of showing concern or merely an exercise in connecting dots?

Until God shows up in the actions of human flesh, women in Haiti are leaning on their faith to deal with the aftermath.  I learned this news from CNN, while waiting for a doctor’s appointment earlier today.  The reporter concluded by saying that these Haitian women were turning their eyes to God for help.

Following their lead, I too will keep my eyes on God…and connect with the “dots.”

6 thoughts on “Connecting the Dots”