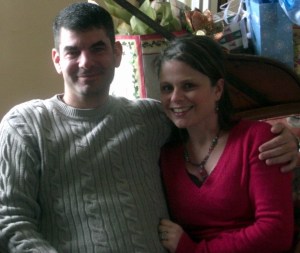 I promised myself that this morning, I’d begin writing November’s session of Everyday God, my once weekly (that has evolved into my once-a-month trickle)    contemplative prayer class.

The idea for Everyday God grew out of last year’s personal Ignatius retreat — and this year’s practicum need for spiritual directees.

Not too surprising, the class has brought no directees.  And instead, I sometimes feel like I’ve gotten into a little more than I bargained for, just like those Desert Fathers and Mothers who went out into the desert in the fourth century to find God and found instead they had a following of pilgrims clamoring for spiritual guidance on their own terms.

I am a poor twenty-first century  imitation of a desert mama.  Instead of writing for Everyday God, I’m again lost in the quiet world of blogging space.  And happily lost, mind you, with no desire to leave.

The word ‘resistance’ comes to mind.  Maybe because the topic of resistance has been our latest curriculum stop for wandering, on my three-year journey toward receiving certification as a spiritual director.  It’s no small consolation to learn that my meandering ways are pretty normal, just the opposite of what one might expect, of someone who experiences their greatest writing thrills of dare-I-say ‘victory’ when in the company of angels. 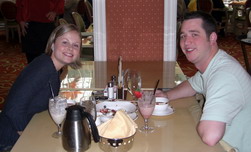 When I write on heavenly matter, words just flow, even when heavy and pregnant with eternity.  But rather than going to THAT scary place where I feel so lost and out of control, I choose what I tell myself is the safer sphere of blog and paper journals:  a place where I  choose my topics, a make-believe place where I  know WHAT I want to say and WHERE the steam of writing is going; though even here, within the reality of this web log, my writing often takes on a mind of its own, taking me places where I had no intent to travel.

I have a love affair with the written word.  Books, good writing —  wherever it shows up — is hard for me to resist.

Though this morning, far away from my time-hog-blog, I began to think that my love affair should instead be with the Incarnate Word.  And in some strange human way, it is.  This Incarnate Word is in my everyday life, much like a taken-for-granted-but-still-much-loved husband, who too often ends up receiving leftovers, playing second fiddle to the first violin writing spot of my life known as Bestamesta.com.  God.  That was not easy to write. 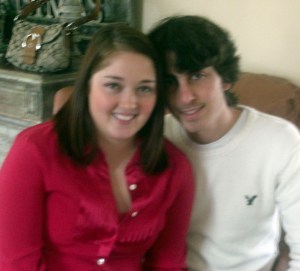 Am I just rationalizing when I confess, that whenever or whatever I write, or wherever I read good writing, that the Incarnate Word is in that too, where I experience or find there is love?

As I pondered this thought, I began hearing that haunting much over-used wedding tune of the Seventies, written by Paul Stookey for the wedding of his good friend Peter Yarrow —   two of the three-part harmony of Peter, Paul & Mary.  I took time to reacquaint myself with the song’s words.  And before I had even reached the lyrics ending, I knew these words, even unvarnished by the gloss of music, incarnated the Word who is Love, especially when my second fiddle Incarnate Word was seen in the role of husband.  The third stanza of The Wedding Song reads:

Paul Stookey created the Wedding Song then gave it away to Public Domain Foundation for the good of the public.  Thirty years later, the royalties from this one song have raised $1.5 million in charitable gifts.  In Stookey’s own words:

“Into every songwriter’s life comes a song, the source of which cannot be explained by personal experience.”

3 thoughts on “There is Love”