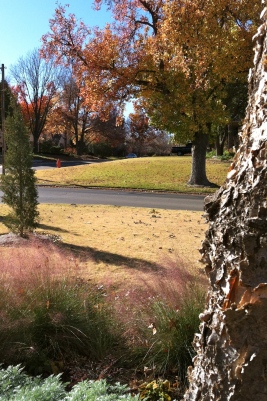 What I recall most about those first months of living on the Texas coast was a lot of talk about hurricanes. Older residents spoke of past storms, like Carla. Younger ones kept eyes more on possibilities circling far away. But when a storm pointed itself in our general direction, everybody talked of little else but the need to make preparations.

I never got the hang of preparing for storms, in spite of living through twenty hurricane seasons. It’s not that I didn’t notice folks covering their windows with plywood. Or that I could ignore all that serious stocking up on gallons of bottled water and flashlights and batteries, while I was off wandering the deserted aisles of the local super store buying everyday groceries. I often felt the fool showing up at the cash register with a loaded cart of perishables while other patrons had theirs full of provisions that any Boy Scout would have been proud of.

I used to blame this shortfall on living too many years near Oklahoma’s tornado alley. Twisters, I imagined, had ingrained into me a different mindset, turning me more into a last-minute responder to warning sirens, of rushing around for the best shelter I could find at a moment’s notice. I suppose I never wanted a storm cellar bad enough to invest in one. And apparently I still don’t; wouldn’t there be a “safe room” in my garage if I really wanted to be more prepared?

But the truth is that I’ve always been a little out of step with the real world and its seasons. No need to look further than my latest home improvement project, where I’ve spent the last few weeks outside painting the trim of my new old house. It’s in terrible shape. By its condition, I’d guess it’s been painted twice in sixty years. At its worst, bare wood is exposed and buckled while the best is alligatored and chipped.

All this adds up to a lot of preparation. Had it been well maintained, I could simply have cleaned the surface and engaged in a little light sanding. Instead, I’m also scraping away failed paint and filling in huge gaps that I’d guess last saw a caulk gun sixty years ago. It’s dirty and exhausting work. Every inch of surface requires a fresh application of primer, before receiving two or three coats of finish paint with a “lifetime warranty.”

I’m not sure whose lifetime that claim rests upon, but I hope it’s close to mine. All that ladder climbing has challenged my knees, especially on days where the wind has whipped around corners going twenty-five miles an hour. The knuckles of my right hand are stiff and swollen. My neck hurts. My lower back aches. But while ibuprofen has met its match, none of the hardships matter. Nor does it matter that my preparation regime is increasing total project time by fifty percent.

It’s hard to explain my need of getting this right. Part of it, I suppose, has to do with my age and the condition of my joints. This may be my only opportunity to do the job myself. But also, it just feels so darn wonderful to paint over a properly prepared surface. The brush simply glides over primed wood. The paint adheres beautifully, while evening out bulges and dings.

Sometimes I wonder what the neighbors think about my unseasonal painting project, bumping into the days of Advent as I have. But oddly, what they think doesn’t matter either.  What’s more important is that I feel in sync with the spirit of this liturgical time, set aside by the Church to ready our spirits for Christmas, since I’m more attentive to my surroundings. I notice the sky beyond the roof, the birds flying south for warmer climates and the squirrels burying pecans in my garden. I catch colored leaves slipping from trees out of the corner of my eye. They fall around me like confetti in a parade. Everything, it seems, in the autumn world around me, is preparing itself for the season to come.

With days grower cooler and shorter, my outside painting is about over for the season. I’m only half-finished, but if I’m lucky, there’s always next year. I suppose another hurricane season must be over, too, though I can’t say for sure without conducting a search. No research is required for those living in areas of high risk. And this year with Sandy, maybe those living in lower risk parts of the country know, too.

The talk in New Jersey and surrounding areas on how to become better prepared is already off and running. Everyone there will be talking about Sandy for years to come, I imagine. It’s good to do what we can do. Though important to realizet we can never adequately prepare for another Sandy or Katrina or Carla. Or Comet and Donder and Blitzen. Or the coming of Christmas, even if Advent were to last from now to kingdom come.

6 thoughts on “Priming in Advent”